Halloween was a blast this year. We had FANTASTIC weather and apparently since it had rained for an entire month we got to have a Halloween without rain, which in St. Louis is rare. 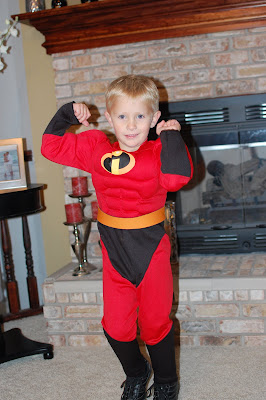 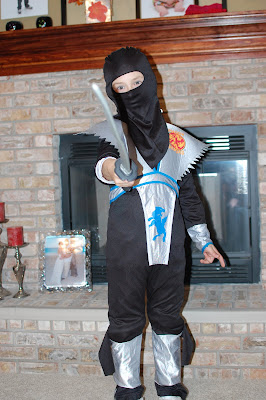 Andrew was a ninja and seriously ran to every house except the last block...I've never seen that kid move so fast!!! 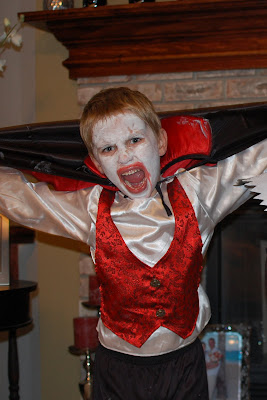 George chose a vampire...complete with "blood" mustache...he was a slow starter but eventually decided to keep us with his brother and the big kids. 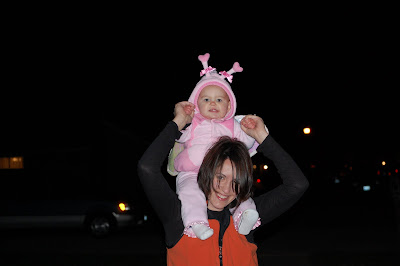 And our little butterfly hung in like a champ...especially since she had no afternoon nap!! She was pushed in the stroller by Grandma most the time, then rode on Momma and then got carried home by Grandma. She was a VERY tired butterfly!!
Red Power Ranger, Hulk, Robin and an adorable Lobster went with us for part of the night too, but it was rough keeping all the kids together and eventually all of the adults ended up chasing different little goblins.
Posted 11/06/2009