Christmas Eve we went to Great Grandma and Grandpa Jackson's (Dave's parents). Carli got all dressed up in her Christmas outfit. 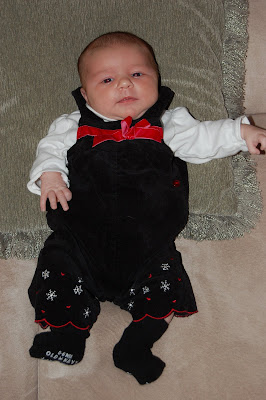 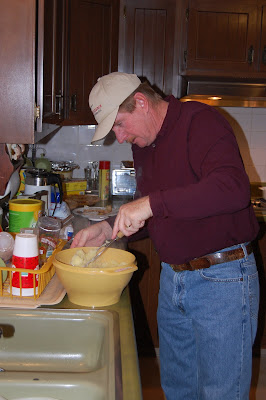 Next we headed over to Mike's Aunt Angie's house. Carli got to meet her new cousin Zooey for the first time! Zooey's mom, Jessie, and I were due on the same day. She ended up having Zooey two and half weeks before me. Do you remember when I was at the hospital and Mike came home from deer camp for stupid latent labor...yeah, that night Jessie had Zooey. 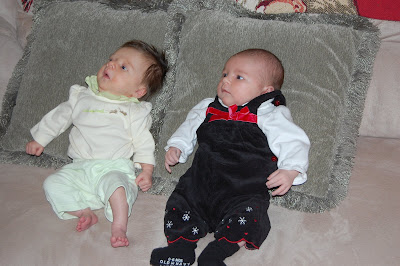 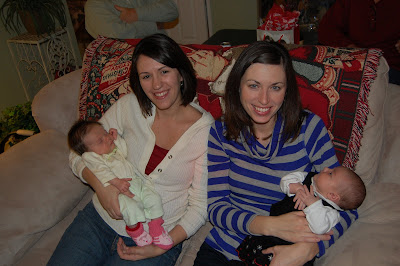 She also got to meet her cousins Riley and Nolan (Mike's brother Tim's boys). 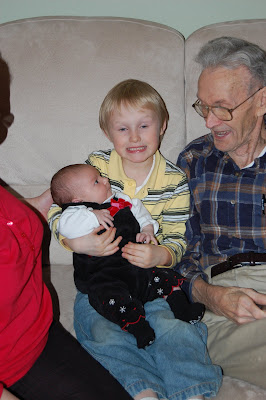 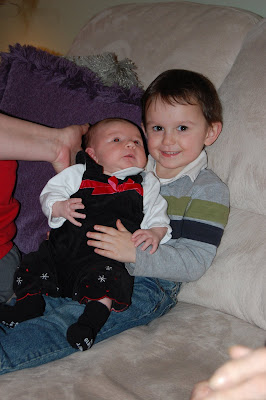 At the end of the night she crashed with Cece. 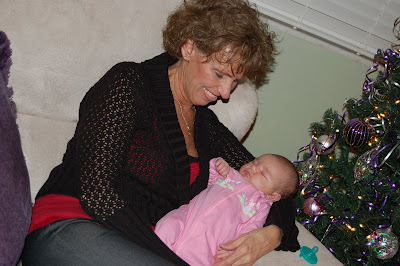